How does the ball valve work 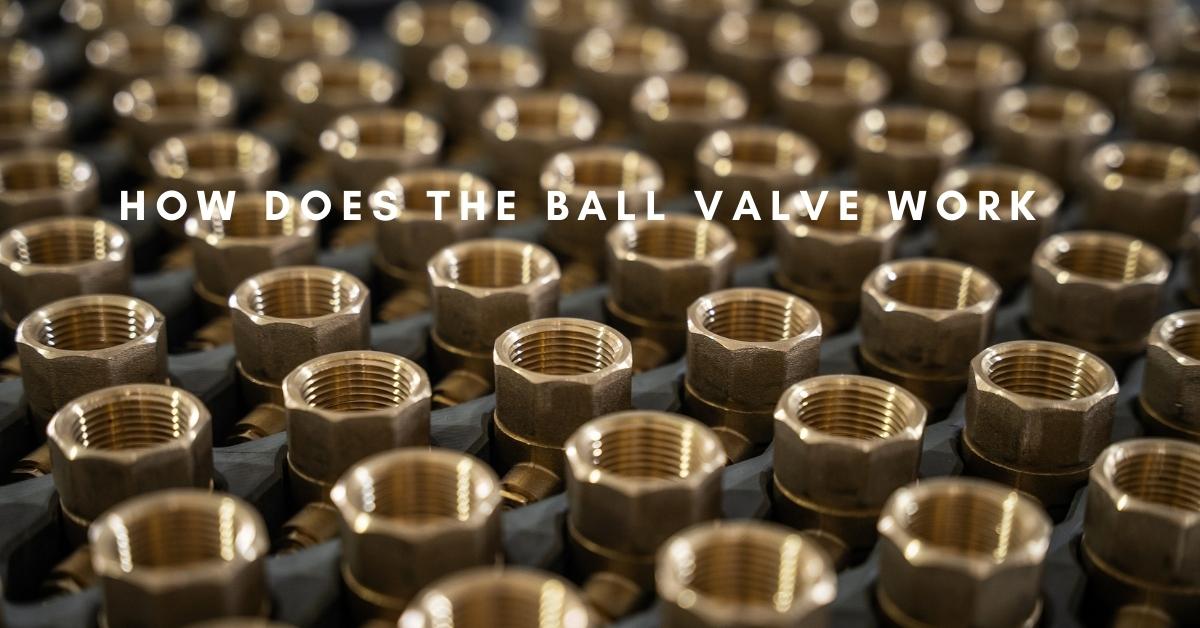 A ball valve is a shut off valve that controls the flow of a liquid or gas by means of a rotary ball having a bore. By rotating the ball a quarter turn (90 degrees) around its axis, the medium can flow through or is blocked. They are characterized by a long service life and provide a reliable sealing over the life span, even when the valve is not in use for a long time. As a result, they are more popular as a shut off valve then for example the gate valve. For a complete comparison, read our gate valve vs ball valve article. Moreover, they are more resistant against contaminated media than most other types of valves. In special versions, ball valves are also used as a control valve. This application is less common due to the relatively limited accuracy of controlling the flow rate in comparison with other types of control valves. However, the valve also offers some advantages here. For example, it still ensures a reliable sealing, even in the case of dirty media. Figure 1 shows a sectional view of a ball valve.

Standard ball valves consist of the housing, seats, ball and lever for ball rotation. They include valves with two, three and four ports which can be female or male threaded or a combination of those. Threaded valves are most common and come in many varieties: with approvals for specific media or applications, mini ball valves, angled ball valves, ISO-top ball valves, with an integrated strainer or a bleed point and the list goes on. They have a wide range of options and a large operating range for pressure and temperature.

Flanged ball valves are characterized by their connection type. The ports are connected to a piping system via flanges that are usually designed in accordance with a certain standard. These valves provide a high flow rate since they typically have a full-bore design. When choosing a flanged ball valve, besides the pressure rating, you also have to check the flange compression class which indicates the highest pressure this connection type can withstand. These ball valves are designed with two, three or four ports, they can be approved for specific media, have an ISO-top and everything else a standard quarter turn valve could have. They are typically made out of stainless steel, steel, or cast iron.

Vented ball valves look almost the same as the standard 2-way ball valves when it comes to their design. The main difference is that the outlet port vents to the environment in closed position. This is achieved by a small hole that is drilled in the ball and in the valve body. When the valve closes, the holes line up with the outlet port and release the pressure. This is especially useful in compressed air systems where depressurization provides a safer working environment. Intuitively these valves look like 2-way ball valves while in fact they are 3/2-way due to the small borehole for venting.

To understand the working principle of a ball valve, it is important to know the 5 main ball valve parts and 2 different operation types. The 5 main components can be seen in the ball valve diagram in Figure 2. The valve stem (1) is connected to the ball (4) and is either manually operated or automatically operated (electrically or pneumatically). The ball is supported and sealed by the ball valve seat (5) and their are o-rings (2) around the valve stem. All are inside the valve housing (3). The ball has a bore through it, as seen in the sectional view in Figure 1. When the valve stem is turned a quarter-turn the bore is either open to the flow allowing media to flow through or closed to prevent media flow. The valves circuit function, housing assembly, ball design, and operation types all impact the ball valves operation are are discussed below.

The valve may have two, three or even four ports (2-way, 3-way or 4-way). The vast majority of ball valves are 2-way and manually operated with a lever. The lever is in line with pipe when the valve is opened. In closed position, the handle is perpendicular to the pipe. The ball valve flow direction is simply from the input to the output for a 2-way valve. Manually operated ball valves can be quickly closed and therefore there is a risk of water hammer with fast-flowing media. Some ball valves are fitted with a transmission. The 3-way valves have an L-shaped or T-shaped bore, which affect the circuit function (flow direction). This can be seen in Figure 3. As a result, various circuit functions can be achieved such as distributing or mixing flows.

Figure 3: Example of a 3-way ball valve and the circuit functions for a T-bore and L-bore.

The assembly of the valve housing can be divided in three commonly used designs: one-piece, two-piece and three-piece housings. The difference is how the valve is assembled and this affects the possibilities for maintenance or repair. The operation of thevalves is the same in each embodiment.

One-piece: This is the cheapest variant. The two parts which enclose the ball are pressed or welded. The valves can not be opened for cleaning or maintenance. This type is generally used for low-demanding applications.

Two-piece: Two-piece valves can be disassembled for cleaning, servicing and inspection. Often, the parts are connected via a threaded connection. The valve must be completely removed from the pipe in order to separate the two parts.

Three-piece: More expensive valves have often three pieces. The parts are generally clamped together by bolt connections. The advantage of this embodiment is that the valve can be serviced without removing the entire valve from the pipeline.

The most common design is the “floating ball design”. The ball is suspended in the media and held in place by two sealing rings. Some high-quality valves have a trunnion ball design. The ball is supported at the top and bottom to reduce the load on the valve seats.

Floating: The majority of ball valves have a floating ball. The ball is supported by the valve seats.

Trunnion: Valves with large diameters and high operating pressures (for example DN >100mm and 30 bar) have often a trunnion design. The ball is supported on the bottom and top to reduce the load on the seat rings. The operating torque is generally lower for trunnion valves.

The hole through the ball may have different profiles such as a full bore, reduced bore or V-shaped.

Reduced bore: Most ball valves have a reduced bore. As a result, the valve introduces friction losses in the system. These losses are still relatively small compared to other types of valves. One-piece ball valves are almost always reduced bore.

Full bore: Full bore valves have the same bore diameter as the pipe. The advantage is that there are no extra friction losses, and that the system is mechanically easier to clean (pigging). The downside is that the ball and the housing are bigger than a standard reduced bore quarter-turn valve. The cost is therefore slightly higher, and for many applications this is not required. They are also called full port ball valves.

V-shaped: The hole in the ball or the valve seat has a “V” shaped profile. As a result, the desired flow rate can be controlled more precisely by rotating the ball. By optimizing the profile, a linear flow characteristic can be approached.

Instead of a manual handle operation to turn the valve on or off, some valves can be fitted with an electric or pneumatic actuator as seen in Figure 4. They connect directly to the valve stem (Figure 2 number 1) and are capable of turning it a quarter turn. The most common flange connection between the valve and actuator is the ISO 5211 standard. Figure 5 shows an example of an ISO 5211 top ready to be connected to an actuator. By using an actuator, you can control your ball valve remotely or through a controller so that it can be used as an automatic shut off. A spring actuated ball valve, also called spring loaded, use a spring to open/close the valve in a power-off scenario and an actuator to then hold it in the open/close position. These are used for energy conservation applications or for fail-safe reasons.

There are several different ways for controlling the actuator:

Certain electric actuators can also provide modulation control, which will position the ball valve between 0-100% open/closed. 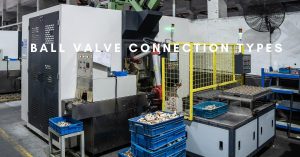 Ball valves are popular in domestic and industrial applications because of their wide range of use, low cost, and ease of maintenance. Different applications and 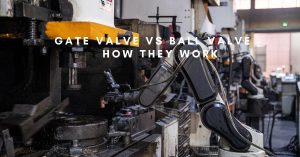 Gate Valve vs Ball Valve – How They Work

Gate valves and ball valves are the most commonly used flow control valves in the market. They are generally used to control the flow of 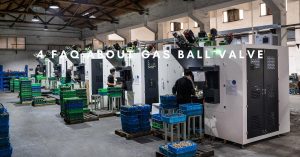 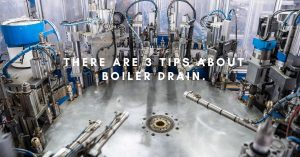 There are 3 tips about boiler drain

What is boiler drain? Boiler drains are used in hydronic heating systems to drain water, residue, and sediment from boiler systems to maximize system efficiency. Our